The Alliance encourages cooperation among diverse stakeholders through the Hunger Free Communities initiative and the global National Alliance Partnership Program.

Learn more about how you can help end hunger 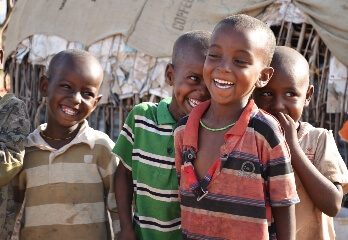 WASHINGTON (July 28, 2021) – The Alliance to End Hunger applauds the introduction of the bipartisan Global Malnutrition Prevention and Treatment Act of 2021. The bill was introduced this week by Chairman Meeks (D-NY) and Ranking Member McCaul (R-TX) of the House Foreign Affairs Committee, along with Representatives Houlahan (D-PA) and Kim (R-CA).  The legislation seeks to coordinate U.S. Government programs and interventions to combat global malnutrition.

This legislation comes at a critical time.  Earlier this month, a group of United Nations agencies published the State of Food Security and Nutrition in the World 2021 report, which stated that global food insecurity and malnutrition rates have increased at an astonishing rate, particularly in the past year due to the global COVID-19 pandemic.  It is estimated that 22 percent of children under the age of 5 worldwide were affected by stunting in 2020, with 6.7 percent affected by wasting.  Further, malnutrition trends point to exacerbated social and economic inequalities.

The Global Malnutrition Prevention and Treatment Act of 2021 (bill text) contains provisions to coordinate U.S. federal responses to global malnutrition, including through the establishment of a Nutrition Leadership Council within the U.S. Agency for International Development (USAID). A global nutrition strategy would be developed, including “priority countries” for which the strategy would focus.

“As we have seen hunger increase drastically over the last year, this bipartisan legislation could not come at a more crucial time,” stated Eric Mitchell, Executive Director of the Alliance to End Hunger. “American leadership is important  if we are to stem the tide of malnutrition in the world. We look forward to working with Congress to support this legislation, and further U.S. commitments to combat food insecurity and malnutrition on the global stage.”

WASHINGTON (December 6, 2021) The following statement is attributed to Eric Mitchell, Executive Director of...

WASHINGTON (November 19, 2021) The Alliance to End Hunger applauds the U.S. House of Representatives...